While working on a Mission you could find two possible scenarios:

1) You find a song that is set in a language that it's not its actual one (or a song with an undefined language), but you're able to transcribe.

SOLUTION: Don't report the song: transcribe or proofread the lyrics! The task will be counted on your Completed tasks.

2) You find a song that is set in a language that it's not its actual one and you're not able to transcribe or proofread it.

SOLUTION: Report the task and select the real language of the lyrics by following the steps below.

That task will be later reassigned to a new Curator who selected that language as native.

If you don't know which is the actual language of the song, you can even select the option "I don't know the language".

The first step is to click on the three dots on the top-right of the page, then select "Report a problem" 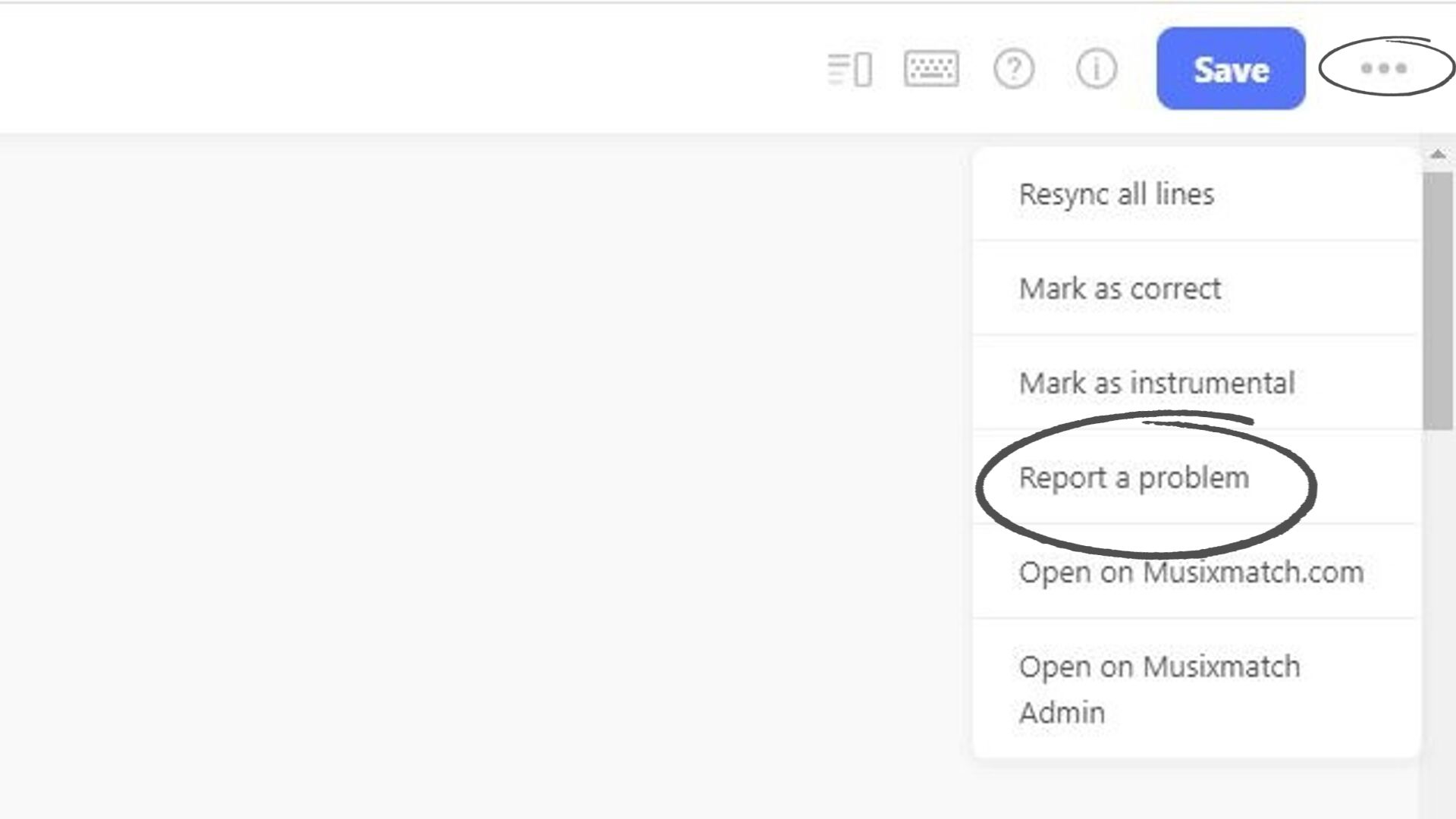 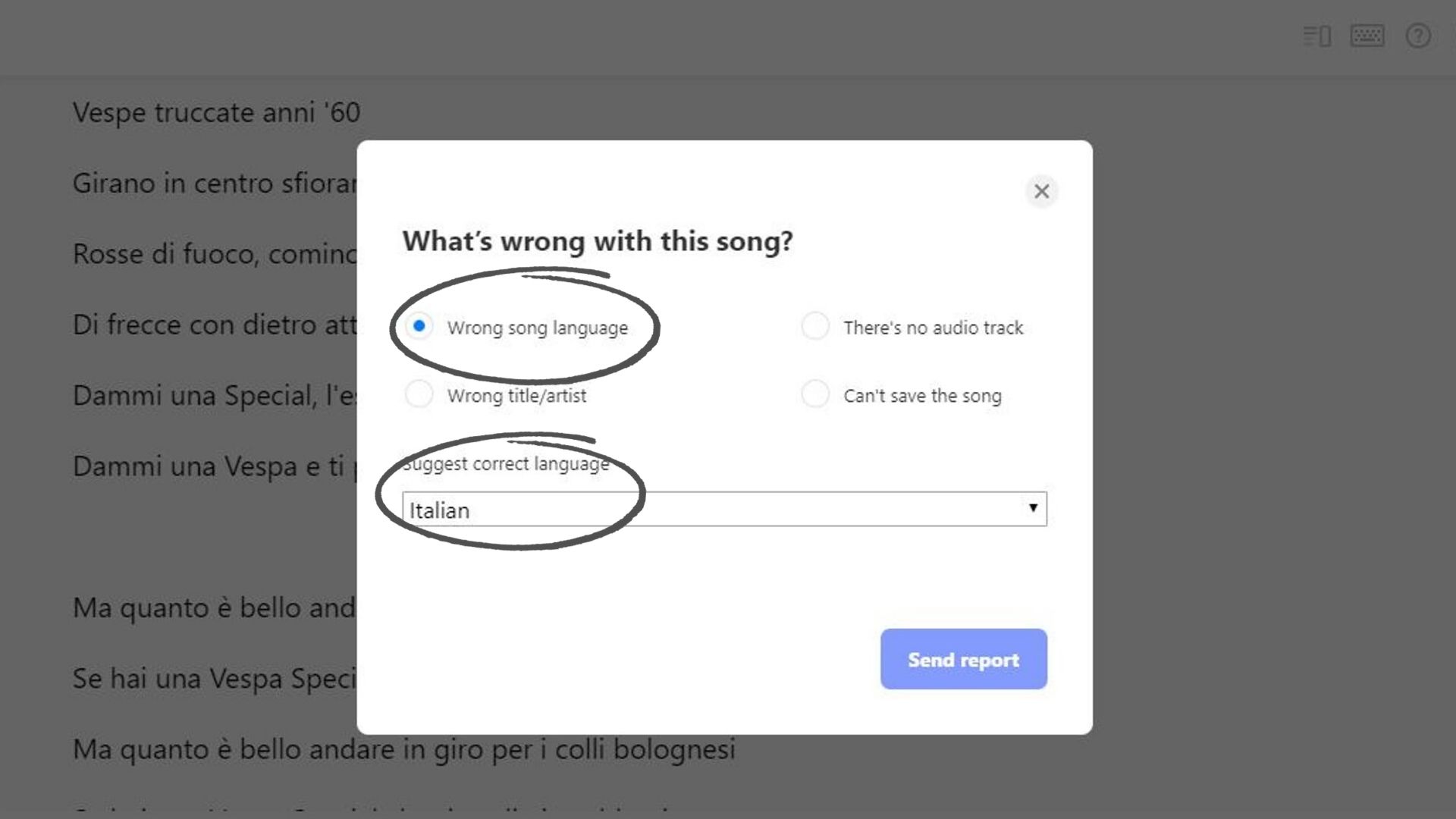 Did this answer your question? Thanks for the feedback There was a problem submitting your feedback. Please try again later.
Last updated on May 21, 2020